COVID-19: The Marshmallow Test that can save Millions of Lives and Trillions of Dollars 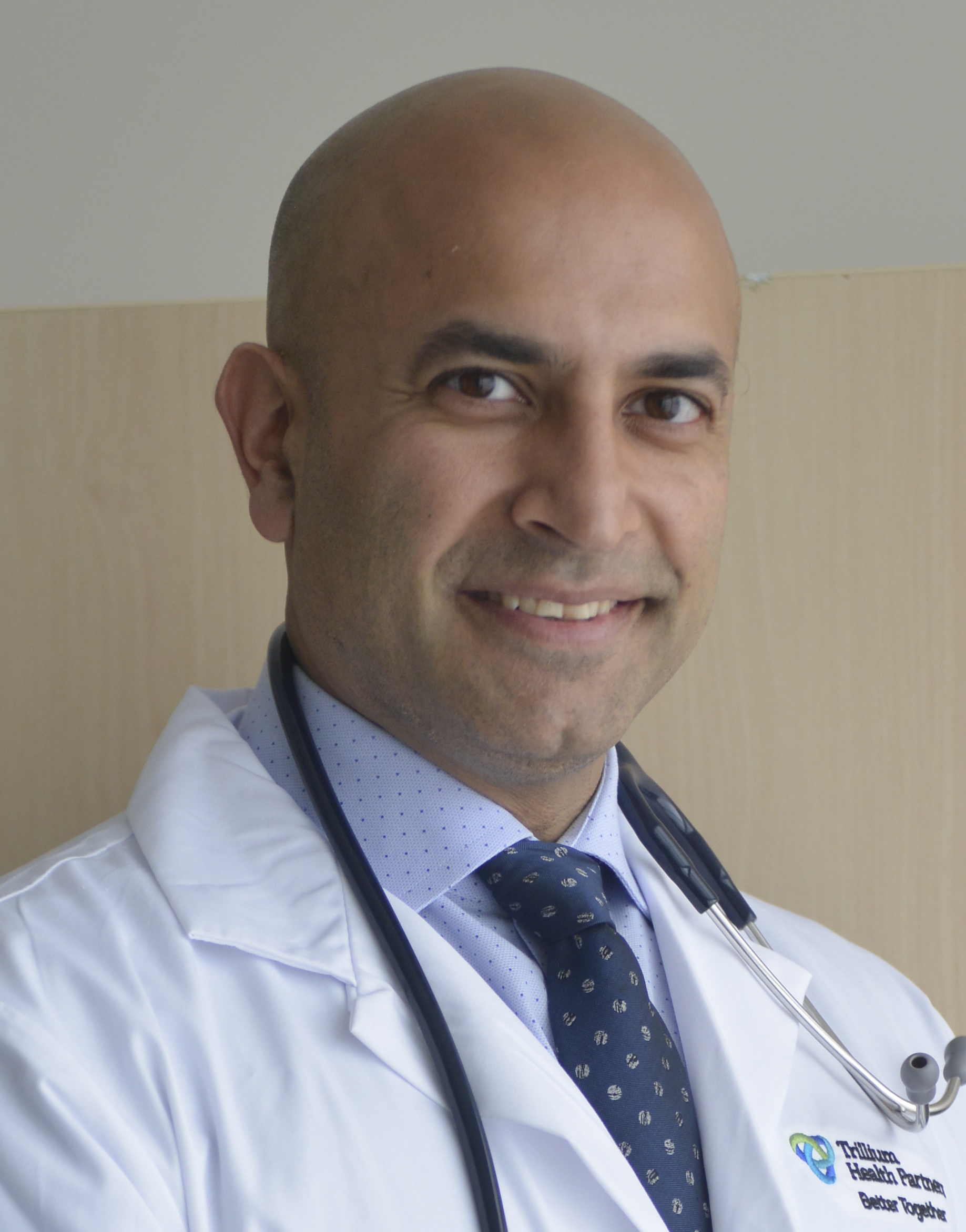 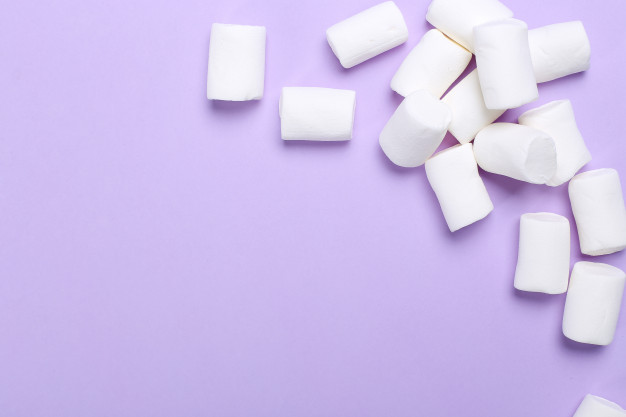 In 1990, Stanford Professor Walter Mischel, and his colleagues Yuichi Shoda, and Philip K. Peake, published a famous psychology study that measured the ability for children to delay immediate satisfaction for future rewards. It was simple, 185 preschoolers were left alone and told that if they could resist one marshmallow for 15 minutes, they would get two marshmallows in the future. They started this experiment in the 1960’s, and when they followed up in the 1980’s, their original interpretation of the results suggested that children who resisted the initial marshmallow demonstrated better life outcomes by many measures.

With almost 2 million COVID-19 infections and 100,000 deaths in almost every country across the globe, everyone in the world is about to face their own variation of the marshmallow test, and the rewards are not two marshmallows but rather millions of lives saved and a stronger, more flourishing economy. The ability of the world’s citizens over the next month to delay gratification by resisting basic human instincts (and resist the upcoming nice weather for those experiencing seasonal changes) will determine our future.

Just like with the marshmallow test there are no tricks – for a short amount of time stop as much of basic routine life as possible, stay six feet apart from others, wash your hands, and do not go outside if you are sick (unless of course it is an emergency such as going the hospital) – if people do this, then less people will die, the economy and daily lives will return to normal sooner, and your world and everyone’s world will be much better in the long run.

Imagine everyone in the world was locked in a room by themselves for six weeks at the exact same time, the virus would be removed from circulation and normal life could proceed. The “reproduction number” of the virus would go to zero, meaning every person infected will pass it on to zero additional people. The economy would suffer for six weeks, but in the long run the world would save trillions of dollars.  Of course, people need essentials like food and healthcare (and the easter bunny), and thus there is some very basic activity that must occur. But the closer our world can be to that isolated ideal imaginary state, the lower the reproduction number, the “flatter the curve”, and better chance we can contain the virus.  The longer we delay gratification, the more lives and money saved.

How many lives can be saved? A report released by Imperial College at the end of March estimated that with no public health interventions over 40 million people globally would die from the disease, but if we implement full public health strategies early we can prevent 95% of these deaths. Thus, we can save 38.7 million lives through interventions such as closure of non-essential businesses, physical distancing, proper hygiene, rapid testing, and contact tracing of close contacts.

In Canada where I currently practice medicine we just released our projections, and our relative estimates are similar. We would have had 300,000 deaths if we had no public health interventions, but with strong measures by government combined with the public’s ability to comply to measures such as physical distancing, we could decrease our population infection rate to 2.5% which would save 289,000 lives, decreasing the death toll to 11,000.

And for those who don’t believe the models, simply look at real world disastrous results. Philadelphia was slow to respond to the Spanish Flu and allowed a mass parade of 200,000 attendees , which lead to an outbreak and loss of many lives. Even this year the failure of distancing measures at an Austrian Ski Resort propagated the disease across Europe, and New Orleans did not cancel Mardi Gras, which likely was responsible for a dramatic spike in infections.

How much money can we save by remaining compliant with business shutdowns and physical distancing? In the face of devastating business closures and stock market crashes, people often forget that the virus would have a far larger economic impact had nothing been done. Some people assume the shutdowns are responsible for the impact, but the shutdowns are saving money. The virus itself is responsible as it tears through our population. The sooner we stop it, the less of an economic blow we will take.  The world renowned economics department at the University of Chicago recently published a paper noting that just the US would lose $8 trillion by ignoring public health guidelines.

Ironically, the disease is so dangerous because 99% of people survive it. Compare that to Ebola, which kills 70% of those infected, leaving a smaller pool of people alive to spread and infect others. Further, Ebola can only be spread when people have symptoms but COVID-19 has some asymptomatic transmission. We don’t precisely know how much of this is responsible for our infections, but the fact this happens at all means it is harder to isolate and contain, and prevent people from spreading the disease. In fact, many studies published over the past month including one from the Journal of Science suggest COVID-19 spread accelerated due to those with mild or no symptoms. These mild symptoms typically don’t hold people back, and since those with mild symptoms don’t typically have COVID-19 (and unfortunately rarely get tested), the result is millions of people thinking “I probably don’t have it”. But a small percentage of this large subset of people will have COVID-19 and will accelerate disease spread.

Some say “it is only a little more deadly than other respiratory viruses such as the seasonal flu”. But the difference between a 0.5% (optimistic case for COVID-19) and a 0.1% (influenza) fatality rate is huge when extrapolated to 8 billion people, especially knowing the flu kills over 500,000 people worldwide each year despite a vaccine that helps a large portion of people.  COVID-19 numbers continue to rise, and it is at least 5 times deadlier than the flu, is about 1.5 times more infectious than the flu, and has no treatment or vaccine - thus we must clamp down as a society now.

I’ve assessed thousands of potential COVID-19 cases, have been the physician for many COVID-19 hospitalizations, and have also learned from colleagues around the world who have been directly fighting this battle. I’m proud of how many global citizens have supported physical distancing, but I’ve unfortunately witnessed too many disappointing behaviors by a small minority. Sadly, there are people throwing parties and sharing vapes during a global pandemic, and some of them become “super spreaders” and dampen everyone else’s hard work. Others more innocently spread disease by getting together with groups of friends for beers, attending crowded religious gatherings, innocently visiting large extended family, and taking kids to busy parks – these activities unfortunately have to be suspended. Those who are operating in essential services including healthcare also need to be vigilant with physical distancing and hygiene, and those within households need to follow isolation protocols when someone in the household is infected. We need EVERYONE to be in this together decreasing interactions NOW for this to work. Given asymptomatic transmission is possible, to stop this spread everyone must behave as if there is a chance they have the virus and can transmit it to others.

Mischel’s landmark marshmallow study led to other insights such as "how" to maintain self-control and delay gratification.  One technique was to shift perception around the temptation. He successfully coached children in his study to put a "frame" around the marshmallow, leading children to skip the marshmallow and respond “I can’t eat a picture”. Even Mischel himself stopped smoking using this technique, as he would visualize himself as a cancer patient preparing for treatment. Those reaching for the marshmallow and struggling with hygiene and physical distancing, try to reframe. Imagine a COVID-19 lung x-ray, or my elderly COVID-19 patient dying alone with no family, or my team and I running out of masks on the frontline while deciding which patient we can’t save because we ran out of ventilators. Or even better, reframe these in a positive light. You may feel isolated at home or anxious about the future, but remember this is temporary and this is the best time in history to be confined to home – never have we been able to continue so many aspects of normal life and connect with others while at home in solitary quarters. This is a rare historic time to slow life down and enjoy time with your family, catch up on the phone with old friends, watch old movies or sports championships, be productive, or build a new skill. If we get through this, there will be more opportunities for everyone than ever before. This may be the most important month of our lives. Resist the marshmallow, stay patient, and be at peace knowing greener pastures are ahead.


Vipan Nikore, MD, MBA is the CEO and Cofounder of Homecare Hub, the Chief Medical Director of TD Bank Group, an internal medicine physician at the Cleveland Clinic and Trillium Health Partners, founder of uFLOW, and an Assistant Professor at the University of Toronto Faculty of Medicine. He has been teaching healthcare leadership for over a decade. His posts are personal views and do not necessarily reflect the opinions or positions of any organization he is affiliated with.