It can be overwhelming digging through a sea of agencies to find care you can trust. Homecare Hub is an interactive directory of the highest quality homecare agencies. This is critical in an industry where some cities have hundreds of homecare agencies, where pricing lacks transparency, and where the quality of homecare varies tremendously.

We provide a selection of hand picked high quality agencies with different price ranges. Our agencies have pledged to a commitment to putting patients first. Much like the search engines of the airline industry, homecare hub searches through these agencies to provide the most appropriate care for you. We provide transparent pricing to you and a seamless experience for you to obtain your care. We are reorganizing the industry with our standardized categories to allow customers to compare services between agencies appropriately.

Rest easy and have more time for yourself and your loved ones. If we aren't in your city but are interested in having us come to your city, please let us know.

We are also building new models of care to bring down the cost of care and combat senior isolation. Stay tuned to see our breakthrough innovations in the coming year.

Vipan had treated thousands of seniors, and while working within the walls of various North American hospitals he had witnessed a common theme - patients struggling to afford and find homecare. This led to frustration for families, avoidable admissions for patients, and long unnecessary length of stays for hospitals which was costing the healthcare system an enormous amount of money.

Meanwhile, Brian and Jay were operating a homecare agency. They witnessed the challenges of the homecare industry as they would see families and patients struggle to afford and find quality homecare. And down the road, Rahim helped create Suvien, a non-profit App that allowed dementia patients preserve and relive their memories. Through this experience, he developed a passion for caring for seniors and learned about the challenges they faced in their attempts to stay at home.

In 2015 the journey began as they came together to solve these problems and reimagine homecare - the result was a new way to find quality homecare and new models of care to connect patients and make homecare affordable to patients. 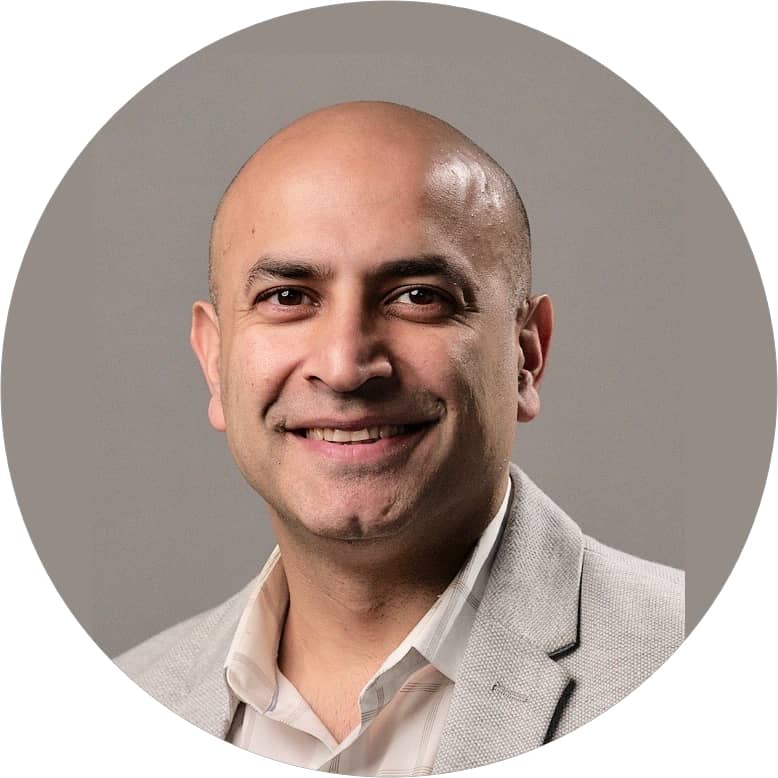 Vipan is a software engineer turned physician and global leader in Health Innovation. In addition to his role at Homecare Hub, he is the Chief Medical Director of TD Bank as well as a practicing internist at Trillium Health Partners and Cleveland Clinic Main Campus in Ohio and Toronto. Prior to Homecare Hub he was the Site Medical Director for the Department of Medicine at Trillium's Credit Valley Hospital, overseeing 15,000 admissions a year. He is an Assistant Professor at the University of Toronto Faculty of Medicine where he teaches Leadership, Emotional Intelligence, Innovation, Healthcare Quality and clinical medicine on the hospital wards, and is an investigator at the Institute for Better Health. He previously was co-course director for MIT’s Global Health Informatics course where co-edited one of the first comprehensive Global Health Technology books.

Vipan has led and founded various organizations and groups, such as the non- profit uFLOW (now LYFE), which empowers underserved youth to start their own health service projects, which he expanded to Chicago, Cleveland, New York City, Boston, and San Francisco. He is a former software developer at IBM, and also led projects at Sun Microsystems, Citibank, UCLA, WHO in Geneva, UNICEF in India, the Ontario Ministry of Health, and Lux Capital in NYC.

He is an advisor at the Health Education Project in Haiti and has worked clinically in Haiti, Peru, Ghana, Nepal, and India. He has served as an advisor and mentor at the Creative Destruction Lab, the Center for Social Innovation’s Agents of Change program, Blueprint Health in NYC, and the Harvard Innovation Lab. He has authored chapters on e-Health, medical devices, and genomics, and given talks on healthcare technology, innovation, global health, and leadership across the globe.

Vipan completed his internal medicine residency training from Cleveland Clinic's main campus, MD degree at the University of Illinois-Chicago (UIC), MBA at the Yale School of Management, and his BSc in computer science and software engineering at the University of Western Ontario. At Yale he led the student body as the President of the Yale Graduate and Professional Student Senate and as a resident he was selected as the sole recipient among all Cleveland Clinic residents for the Michener Leadership Award for leadership and dedication to community service and humanity. He is a former recipient of Canada’s “Top 40 under 40” award, the country's most coveted award for young leaders. 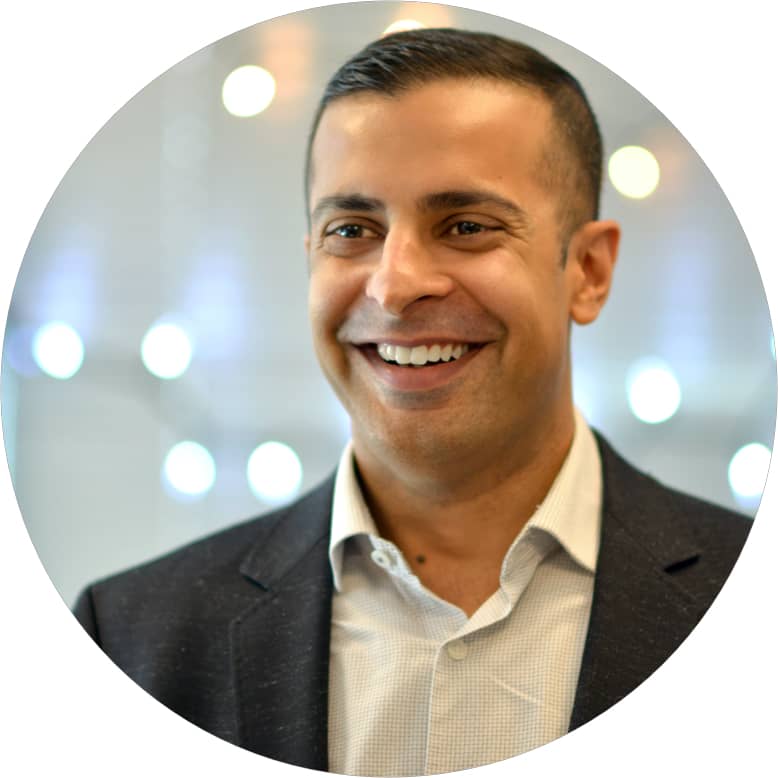 Rahim is the co-founder and Chief Technology Officer of Homecare Hub. He has 17 years of technology experience and is the former Director of Software Consulting at a global technology services firm. He graduated from the University of Waterloo undergraduate computer science program and also their Masters in Management and Technology program. He also co-founded the technology non profit, Suvien, based around restoring memory through images for Alzheimer patients. 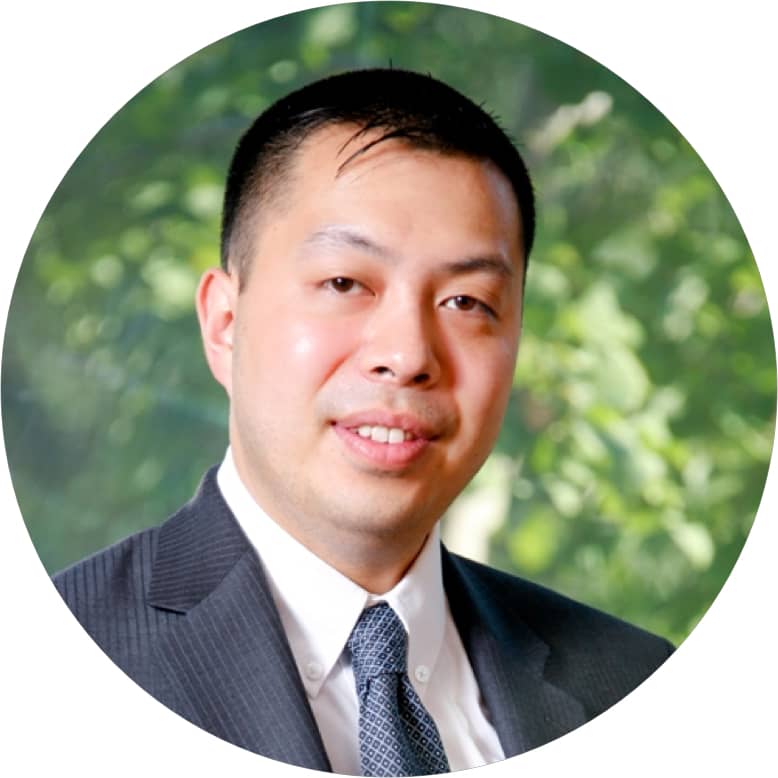 In addition to co-founding Homecare Hub, Brian is also the co-founder of the Homecare Agency Dynamic One Health Services Company. Brian is a lawyer operating a general practice in Scarborough. As part of his work, he represents a broad range of clients on a wide assortment of legal matters including real estate, estate planning and corporate law. Brian received his Bachelor of Laws (LL.B.) degree from the University of Western Ontario, where he won the Harrison Pensa 2002 award in contract drafting, and his MBA from the University of Warwick. Brian was previously a director at Toronto Community Housing, the largest social housing provider in Canada and second largest in North America. Brian also previously volunteered with the Mon Sheong Foundation, a Chinese Canadian charitable organization providing services to seniors and youth. 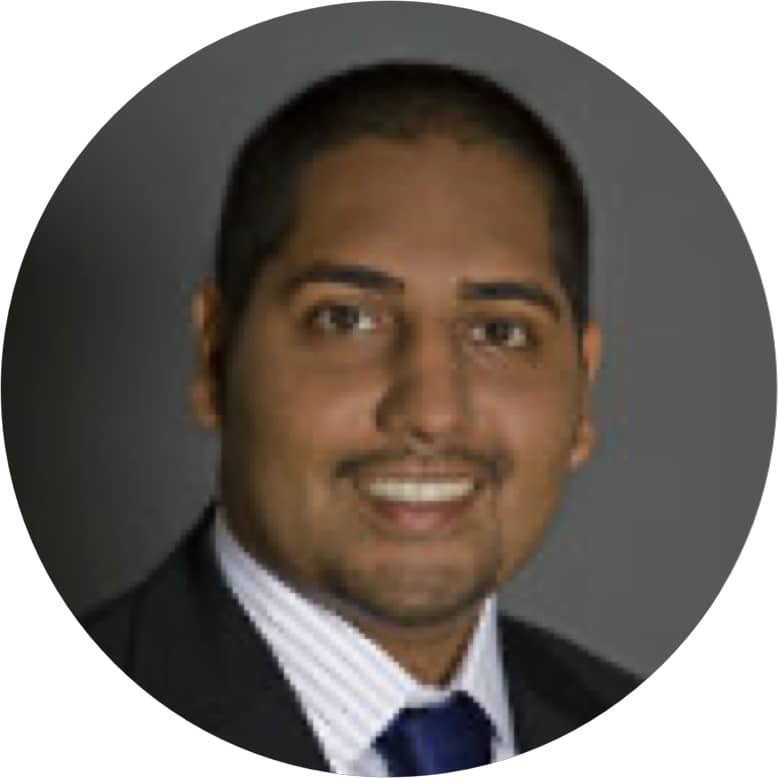 Jay is the VP & General Counsel at MoneyKey. He has more than 10 years of corporate law experience including five years at Fogler, Rubinoff LLP. He is currently the President and co-founder of the Homecare company Dynamic One Health Services Ltd. Jay received his Bachelor of Laws (LL.B.) degree from the University of Windsor and his Honours in Business Administration (HBA) from the Ivey Business School at the University of Western Ontario.

While we are not actively hiring now, we are always looking for great people who are passionate about improving homecare.

If you are committed to revolutionizing care for patients and are interested in career opportunities in the future please email us at info@homecarehub.com

In addition to our agency partners, we work with many other organizations to improve care for patients.

Libby Znaimer hosts a discussion with expert geriatricians and home care advocates about how home care can be the solution to the long term care homes crisis. Dr. Nikore and Homecare Hub are featured at the 25:46 mark by Libby in this video.

Businesses leading in health care can help society and profit, too

How Homecare Hub stepped in to fill critical health-care staff shortages for families and in COVID-19 outbreak nursing homes during the pandemic.

Homecare Amid the Pandemic

Back to School with COVID-19

Anthony Okolie talks with Dr. Vipan Nikore about the latest vaccine development and state of the pandemic.

Dr. Vipan Nikore on How Tech can Help during COVID-19

Dr. Nikore discusses how tech can play a helpful role during the COVID-19 pandemic.

A discussion on the next phase of COVID-19 with Dr. Nikore and Dr. Sivjee.

Bracing for another wave of COVID-19 infections

Homecare Hub CEO discusses the facts and fiction of COVID-19 with Raj Girn.

Homecare Hub CEO Dr. Vipan Nikore breaks down the top 10 Medical Innovations from the Cleveland Clinic in 2020 on BNN Bloomberg.

Homecare Hub is a mission driven company, with the aim is to dramatically improve the homecare system. As part of our mission we are committed to giving 1% of our net profit to patients who cannot afford homecare.

Leading with our values is in our DNA. We have done this since the birth of our company and will continue to do so through the life of our company.